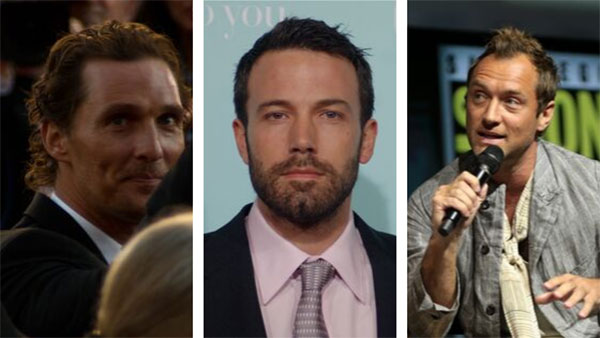 According to the American Hair Loss Association, two-thirds of the male population experience some degree of hair loss by the age of 35. About 25% of these men begin to experience male pattern baldness by the time they are 21 years. Despite their influence, celebrities are not immune to hair loss. Luckily, they have the necessary resources to undergo San Jose bald treatment procedures.

In this post, we review a few celebrities you may be surprised to learn have undergone hair restoration procedures.

John Travolta was almost as famous for his full mane of hair as he was for his acting prowess. However, he started showing signs of baldness in his 40s. A little later, the bespoke actor underwent FUE hairline surgery in 2016.

Just like John Travolta, Mel Gibson has had a full head for most of his life. Although he tried to fix the problem which began at the crown of his head, this did not prevent the rest of his head from losing its thickness. He is still active in his acting career, and today, he spots a full head of hair.

The Oscar winner has not always had the full head of hair he spots today. While he had flowing locks in his youth, they stood started to thin out. He underwent a hair transplant procedure just before he was named Sexiest Man Alive in 2005.

This renowned footballer was on the verge of going bald by the age of 25. He went through a hair transplant in 2011, which he announced on Twitter.

This remarkable actor was started sporting a receding hairline, bald patches, and greying hair at the peak of his career. This could explain why he underwent a hair transplant.

When he was starting out, Law sported a thick head of hair with his trademark V-shaped hairline. His male admirers copied his hairstyle while female fans adored him. Unfortunately, a receding hairline becomes quite evident with a Norwood 3 hair loss pattern that hit in his 30s. The actor’s recent role as Albus Dumbledore sees him spotting a full head of hair.

Prince William’s balding head has head tongues wagging since his late teens. A recent news article pointed out that Prince Harry was planning to invest in a €57,000 hair transplant treatment. This is similar to the one undergone by such celebrities as Matthew McConaughey and Wayne Rooney.

The 42-year old Deadpool sensation has been under a lot of speculation lately on whether he has undergone a hair transplant. Reynolds’s hair has significantly lost its luster since his initial appearance on movies such as The Proposal; especially on his temples.

Jack P Shepherd had FUE restoration during filming Coronation Street. He was able to retun to filming a little over two weeks after his procedure.

Have you been thinking about more permanent men’s hair loss treatment? Schedule a free and confidential consultation with San Jose hair restoration surgeon, Dr. Diep at MHTA Clinic in Los Gatos. Check out our YouTube Channel for hundreds of before and after videos and get in touch online here.

Give us a Call

View our YouTube Channel to see 100's of video examples of our hair transplant results. Real people from the San Francisco Bay Area and San Jose. Some hair transplant patients talk about the experience.

Our hair transplant surgeon Dr. John Diep is a diplomat of the American Board of Hair Restoration Surgery. Dr. Diep was chosen by Newsweek Magazine as one of the best hair loss doctors in the hair restoration field. Learn More about Dr. John Diep.
Not all hair loss treatments are created equal. Hair restoration can be done with Follicular Unit Transplantation (FUT) which involves the transplantation of one hair graft at a time. The FUE procedure is one of the newest methods in hair transplantation. This procedure is sometimes referred to as “the no visible scar” hair restoration method. Learn more about FUT vs. FUE.
We strive for customer satisfaction and we want you to have confidence in knowing you have chosen the best clinic to have hair restoration and anti-aging aesthetics performed. Watch what some of our recent clients have to say about their hair restoration. Read Our Client Testimonials.
Be on your way to a new you and the look you’ve always wanted. Just fill out our contact form and the doctor will contact you within 24 hours to discuss your needs and set up a free consultation. Our hair transplant offices are located throughout the San Francisco Bay Area including offices in Los Gatos and Fresno. Contact Us TODAY!

Dr. Diep is recommended
on the Hair Transplant
Network